The City of Jurupa Valley was incorporated on July 1, 2011 by a group of passionate community volunteers. It is proud to be the 482nd City in California and the 28th City in Riverside County. The primary reason for incorporation was the strong desire for enhanced police services and local control over planning and zoning issues. The City covers a 44-square mile area encompassing the communities of Jurupa Hills, Mira Loma, Glen Avon, Pedley, Indian Hills, Belltown, Sunnyslope, Crestmore Heights, and Rubidoux. It borders San Bernardino County to the north, Riverside to the south and east, Eastvale and San Bernardino County to the west. Portions of the Santa Ana River traverse the southern portion of the City. Jurupa Valley is rich in history dating back hundreds of years. “Jurupa” in Jurupa Valley derives its name from the first inhabitants of the area, Native Americans who called “Jurupa” their home. The Jurupa Valley area lies at the territorial boundaries of two different Tribes, the Gabrielino Tribe and the Serrano Tribe. Over the years, there have been various interpretations of the meaning of “Jurupa”, from a greeting meaning “peace and friendship” to the first padre to visit the area, to a more widely recognized origination that “Jurupa” refers to the California Sagebrush common to the area. In 1838 the area became known as Rancho Jurupa under a land grant to Senõr Don Juan Bandini by the Mexican government. By the late 1800’s the Jurupa Valley area began to live in the shadow of the more popular City of Riverside. Much of Jurupa Valley area has what once was a Riverside mailing address. Yet, settlement of the area in and around what is now the City of Riverside actually began in the Jurupa Valley many years before Riverside’s founding.The City of Jurupa Valley today is a mix of high and low-density residential development, rural farming and other agricultural activities, and a mix of commercial retail and industrial activity. Two primary transportation corridors traverse the Jurupa Valley area, Interstate 15 which runs north and south, and State Highway 60, which runs east and west. It has been in recent years that residential development and economic activity has increased, in particular in the areas adjacent to the I-15 and Hwy 60. The City has significant capacity for expansion of both residential and commercial development activity in the future. 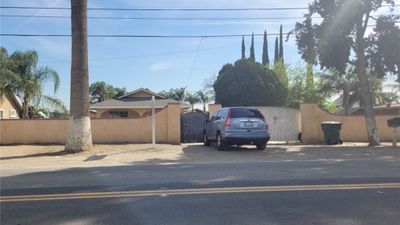 Please remove some of the selected filters.
1 2 3 … 12
The real estate listing information is provided by California Regional MLS, Inc. and/or CARETS® for the consumer’s personal, non-commercial use and may not be used for any purpose other than to identify prospective properties consumer may be interested in purchasing or leasing. Any information relating to a property referenced on this web site comes from the Internet Data Exchange (IDX) program of the California Regional MLS, Inc. and/or CARETS®. This web site may reference real estate listing(s) held by a brokerage firm other than the broker and/or agent who owns the web site. Information is deemed reliable but not guaranteed, and consumer is responsible for verifying the accuracy of all information. Copyright © California Regional MLS, Inc. and/or CARETS®. All Rights Reserved. Updated: 1st February, 2023 1:45 AM (UTC)